Greetings Earthlings, “Morn Watchers”, Interstellar Friends, Sentient Conscious Manifest Beings of Multidimensional space-time phenomena. Imagine an est. 35,000 fans attending what claims to be the largest sci-fi and popular arts conventions in the country held in a space the size of a football stadium in beautiful downtown Atlanta and you’re probably talking about Dragoncon.

It seemed like every area of fandom was represented here from pop culture to sub-culture and everywhere in between. There was something for everybody. As usual I got very little sleep with my heavy schedule of panels, a live webcast and an almost live radio interview, visiting with fans, signing autographs, photo-ops, attending performances, concerts, room parties and of course (what would you expect from “Morn”) hanging out in the bar to the wee hours of morning.

This was by far the largest convention I have had the pleasure to attend. As usual I had a great time as did everyone and in spite of all the crowds everything ran smoothly. Probably the most diverse group of fans I’ve seen and costumes of characters from anime to Xena, to some pretty scary gools and monsters right out of some horror flick. Goths, Klingons and dragons oh my. This is the Chinese year of the dragon after all. (See pictures page for Dragoncon 2000 pics)

Other exciting newsŠ Since just before the end of Deep Space 9, I’ve had the pleasure to start up Boogheap Pictoralis an animation studio with long time friend and collaborator JC Wegman. There I do jobs that range from music director, artist, and character voices to flash animator and even tech support. Up to now our studio could have been described as “two guys with computers in a room.” We’ve both had to do a little bit of everything.

We’ve just moved our studio to a space on Melrose Blvd in Hollywood along a stretch of Melrose that’s popular for it’s hip and trendy boutiques etc. In the last month we’ve merged with another animation studio from the San Francisco area run by another long time friend, Bob Koch to form “Spring Break 88” an animation website and service based animation company. ( http:/www.springbreak88.com scheduled to premier on the Web sometime in August/September.) I’ll have more news on “Spring Break 88” in my next newsletter. Til then… Follow your dreams. 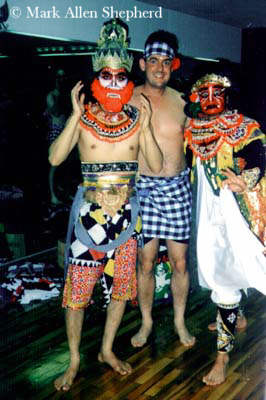