7.5
Director: David CarsonWriter: Gene Roddenberry, Rick BermanStars: Avery Brooks, Rene Auberjonois, Alexander SiddigSummary: Commander Benjamin Sisko, whose life has changed after his wife was killed in the battle with the Borg at Wolf 359, is to take command of the space station Deep Space Nine near Bajor. The station had been built by the Cardassians, as Terok Nor, but recently taken over by the Bajorans after a very oppressive occupation of their planet was ended. Sisko's task: The station had been left in ruins - stripped by the Cardassians after they withdrew. Merchants are preparing to leave, and its Bajoran commander, Major Kira Nerys, seems to dislike the Federation. When Sisko gets to talk with Kai Opaka, the Bajoran religious leader, she tells him he is the long awaited emissary of the Bajorans. Once Commander Sisko arrives with his teen-aged son, Jake, they're introduced to the constable of DS9, a 'shape-shifter' named Odo, and Quark, a Ferengi, who, as owner of the bar on the stations promenade, is also head of the Promenade's Merchant Association. Soon, the Federation's science officer, Jadzia ... Written by Arnoud Tiele (imdb@tiele.nl) 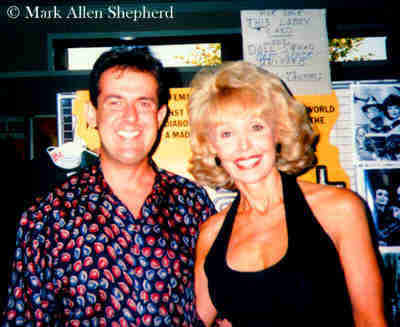